My Husband needs to find something to fill in his time before we leave!!

We timed picking up our Indian Visa’s well.... After spending more time in the lift going up to collect the visa’s as opposed to actually picking them up... we head down to Circular Quay to catch a glimpse of the 2 Queens in Sydney Harbour... We walked around to the front of the Opera House so we could watch as the Queen Elizabeth sailed out from the Overseas Passenger Terminal and pass the Queen Mary docked at Garden Island... to add the excitement the Fred Olsen Ship “Balmoral” was double parked near Fort Denison waiting for Elizabeth to leave so she could berth.... And as the Queens passed they blew their horns over and over again farewelling each other as they know best. 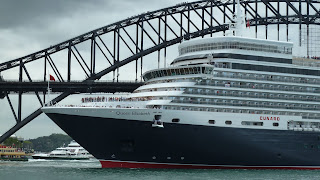 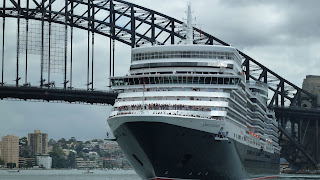 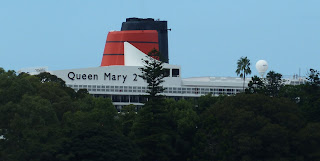